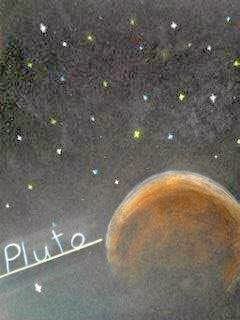 In class seven the students are given the opportunity to explore the wonders of astronomy. The movements of the heavens are studied from the human being's perspective - what we can see as we stand on the earth and look upward. Astronomy is taught in class 7 to respond to the students‘ soul-wish to know the wider world. Their gaze is directed upwards, to the sun and all that it gives, to our closest neighbour, the moon as well as the planets and the constellations. The students explore the many influences that these have had upon the lives of our ancestors, and the ways which they continue to influence our lives today.

On Monday the 24th of February 2014 class seven and some of the wonderful parents of class seven drove to the Carter Observatory. It was a beautifully sunny day. Inside class seven were escorted to a room where they were educated about the solar system in which we reside. Later they were allowed to walk around the gallery; there were many interesting things to see and do, including touching apiece of moon and meteorite and many other interactive activities. After that they saw an audio visual display about the wildest weather in our solar system and saw the stars, constellations and planets in the planetarium. They went home with a dazzled look on their faces and a twinkling in their eyes.