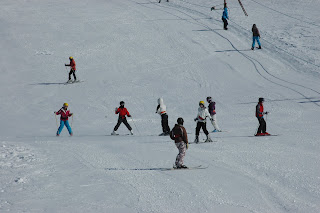 Jarod Sommers waxed poetical after a week in the snow with his class (Photos are by Cam Sanders and Andrew Fisher):

Class Seven travelled to Tukino, a field of snow,
Where the weather played its part to make skiing a go. 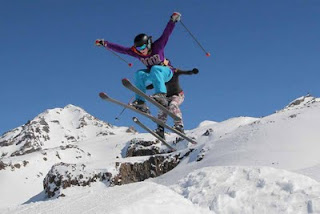 Four days of no wind, gorgeous weather and sun,
Sulphur from the crater was smelt on the other one.
A wide range of students who had talent and ability,
Not to mention their energy, speed and agility. 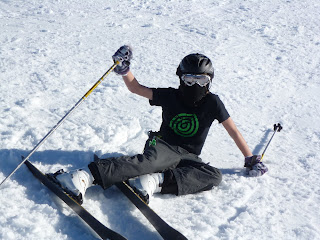 They were full of excitement, wonder and awe,
Except when it was their time to turn hands to a chore.
Terry, Cindy and the gang let them loose on the powder,
But when skiing on ice the screams definitely got louder. 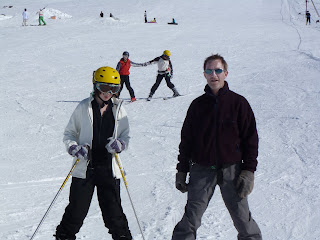 Peter and parents were great in helping them learn,
So by the end of day one they could do a  tight turn.
Steep challenging slopes were then  met head on,
And in no time ar all, the kids went down and were gone. 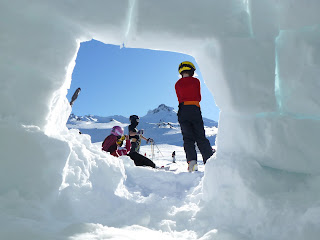 There were jumps built, destroyed and remade,
And a sort of 'couch' which was dug with a spade.
An igloo appeared with help from a saw,
It kept people warm, right into their core.
But now it is over and we are back in class seven,
That week at Tukino was a match made in heaven...

Here is a video that we made during the week: 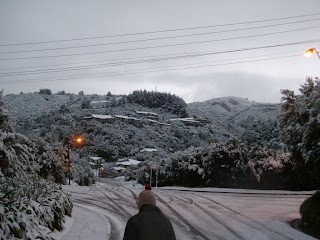 Here, for the record, are some images  of the recent unprecedented day of snow at Raphael House on 16th August 2011


Looking at the school from Catherine Grove: 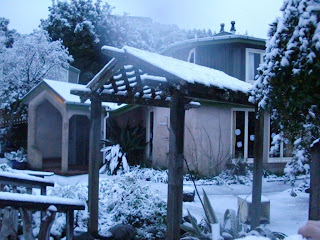 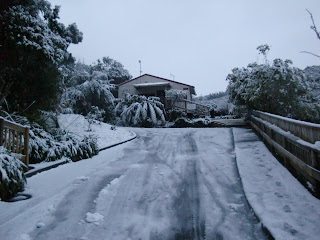 The school driveway - dusted by snow for the first time ever: 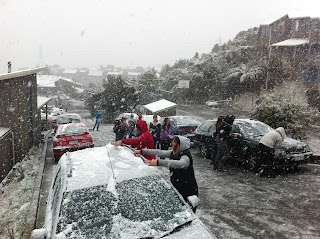 Higher up the driveway: 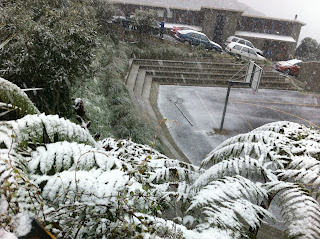 Across the basketball court: 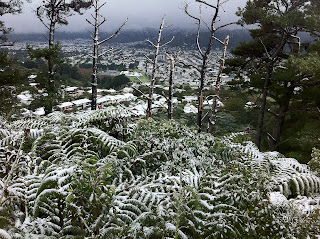 View down to Lower Hutt:

And the next day it was practically all gone...!

Email ThisBlogThis!Share to TwitterShare to FacebookShare to Pinterest
Labels: This

The Deeper Purposes of Our Education 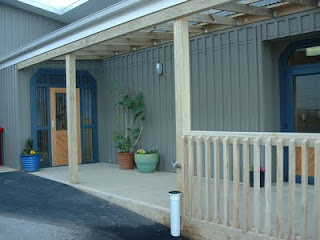 Anticipated for over a decade and now finally completed: two new rooms for Classes 9 and 10 were formally opened on Sunday, 7 August 2011.  As a result, the Science Lab in the Upper School building can now be raised from its modest existence as two temporary classrooms, to become the fully equipped laboratory it was always intended to be.

Upper School Coordinator David Stephenson gave a short speech pointing at some of the deeper purposes of education that these classrooms will help to foster. This is the essence of his talk: 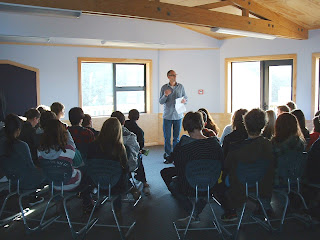 Rudolf Steiner said that we should be under no illusion that we live in a time in which there is a tendency for human beings to become one-sided in their intelligence. In this time, in this period of human evolution, it is the human intellect which is developing strongly - which in itself is a great thing.  However, Rudolf Steiner also pointed to the dangers of this; that without the balanced development of human intelligence, the intellect would have the tendency to lead human beings into error. 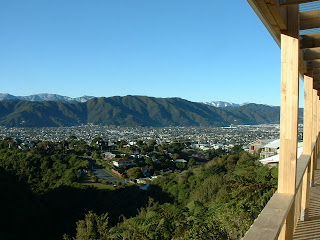 As we know, there are many other sides to human intelligence, for example, emotional, spatial and bodily- kinesthetic intelligence, and all of these aspects of our being need to be developed. Steiner education needs to act, in this time, to counter the modern tendency for the intellect of the human being to become one-sidedly over-developed. Rudolf Steiner gave Waldorf education that special task.
In a Waldorf School we see the human being as a three-fold being - a being who can think, who can feel and who can do things.  We give the students the opportunity to work on their thinking through giving them problems to solve, to develop their emotional life through stories, music and the arts, and to strengthen their ability to ‘do’ things and develop their will through play, eurythmy, physical education and the crafts. These are just some examples of the kinds of activities which are offered to support the development of the many different sides of human intelligence. 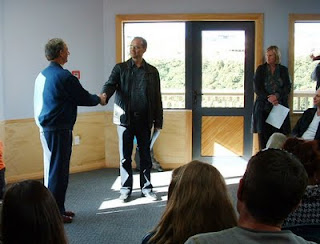 In the “Study of Man” (or “The Foundations of Human Experience“ as it is also called), which is a collection of the fourteen lectures given to the first Waldorf teachers, Rudolf Steiner clearly describes the primary aim of Waldorf Education, that is, to attune the soul-spiritual aspect of the child with their life-bodily nature.  The aspect of the child that descends out of spiritual existence and enters the life-bodily aspect given to it by its parents is not, at first, attuned to its earthly home. It is the job of the teacher, the job not just of the Steiner teacher but the job of all of us as parents because we are all teachers of our children, to bring this soul-spiritual side of the child into harmony with its bodily nature. This harmony is achieved by supporting the development of the different aspects of a child’s intelligence in a balanced way. 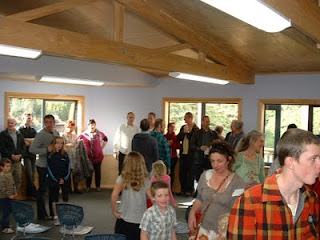 Rudolf Steiner considered the task of counteracting the tendency to one-sided intellectual development through education to be of vital importance in the evolution of humanity.  But how are we to carry out this task? We have a school with teachers - but Steiner made it very clear that we as human beings can not take on this task alone; that we can only achieve this task by inviting help from those spiritual beings who are waiting for us to ask them for their help.  Those spiritual beings are the angels, the archangels and the archai. 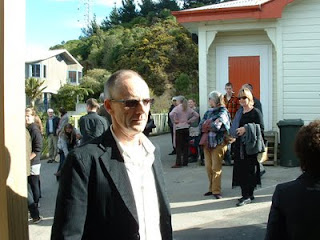 So here today, on the occasion of the opening of this new building, we have the opportunity to jointly and collectively invite those beings to assist us in our work with young people - to join with us in this really serious task of giving young people the opportunity to experience themselves in their wholeness.
As in a marriage ceremony, when people gather and in that moment of time bring their full intention towards what is wished for, we can, on this occasion consciously invite the spiritual world to join and support us in our educational work. This collective conscious intention has a power and makes a difference.
David then read the verse that Rudolf Steiner gave for the foundation of the first additional building for the original Waldorf school in Stuttgart in 1921.
Posted by Julian at 10:14 PM